Theo Carthy is a long established band leader, musical director and music educationalist.  He has worked extensively across the globe, leading projects and workshops for the British Council in a variety of settings, including the Favela’s of Rio to urban communities within India and Pakistan.  He ran the Moss Side Community Reggae Orchestra for many years in the late 1990’s, guiding many young people into music and off the streets, was a project co-ordinator for The Big Issue and has worked on the Band on the Wall – Guide to the World of Music project, delivering workshops in community spaces across Greater Manchester.

He is still the MD and arranger for the band Edward II. 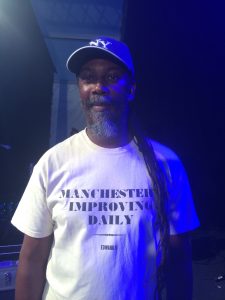