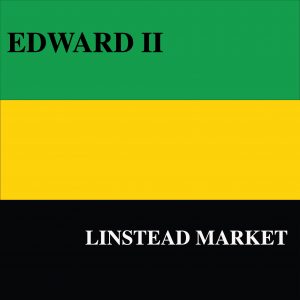 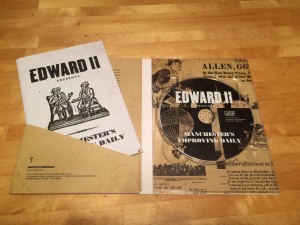 Release 1: A New Song on the Great Demonstration which is to be made on Kersal Moor September 28th, 1838

This first song takes us on the march to Kersal Moor, back in 1838, for the great reformist rally. Situated four miles outside the centre of Manchester in Salford, the gathering is reported to have attracted several hundred thousand people and marked a turning point in the fight for basic human rights for the workers of the Industrial Revolution.

Edward II will be releasing re-workings of songs written about life in Manchester, largely from the time of the industrial revolution but with some more modern ‘folk-songs’ thrown in. To follow our journey through the trials and tribulations of Manchester’s working people got and likewww.facebook.com/edwardthesecondPage

Edward II performing live at Band on the Wall in Northern Quarter, Manchester, as part of their 2009 reunion tour.
SHOW MORE